Lordstown wants to be the first to sell an electric pickup

Lordstown Motor claims it will start deliveries of the Endurance electric pickup next January making it the first vehicle of its kind on the North American market.

On April 21, Lordstown CEO Steve Burns wrote in the company blog: ‘‘We look forward to introducing you to the world’s first-fully electric pickup truck this summer, and handing the keys to fleets across the country in January 2021.’’ 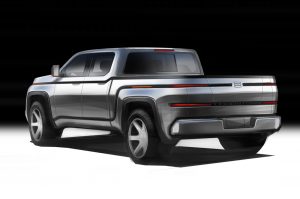 Initially, Lordstown was to introduce the first production-intent Endurance at the North American International Auto Show in Detroit this June. But the show was cancelled because of the COVID-19 pandemic. Nevertheless, the company still plans on introducing its electric pickup ‘‘sometime in early summer, probably via a virtual reveal from our headquarters’’ says Steve Burns.

Burns’s Lordstown Motor started operating during the summer of 2019. It teamed up with Workhorse Group, a Union City, Indiana company Steve Burns founded in 2015 and left in February 2019.

In November, Lordstown exchanged with Workhorse an equity stake of 10% for an intellectual property licensing agreement of some technology developed for the Workhose W-15, a plug-in hybrid pickup truck that never got into production. Lordstown will also deliver Endurance pickups to fulfill 6,000 reservations received for the W-15. 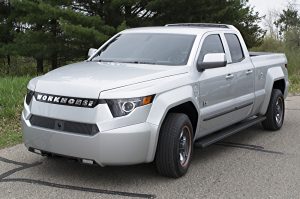 The Lordstown name is borrowed from the Ohio town where the start-up headquarters and plant are located. This 6.2 million square-foot manufacturing facility, just off the Ohio Turnpike in Lordstown built in 1964 functioned as a GM plant from 1966 until 2019.

During a half-century, GM assembled a wide variety of vehicles there: Pontiac Firebirds (1967-1969), Chevy and GMC vans (1971-1994) as well as the compact twins Chevrolet Vega and Pontiac Astre (1971-1977) among others. The last GM car to come off the assembly line was the Chevrolet Cruze.